The advent of adhesive dentistry, years ago, introduced the concept of minimally invasive dentistry with more conservative cavity design and no mechanical retentions. When sufficient dental structure is present, a direct composite restoration is the treatment of choice, however,  partial adhesive ceramic restorations are indicated when the remaining tooth structure is not able to support a direct reconstruction. Among ceramics, feldspatic porcelain and glass ceramic such as lithium disilicate, are etchable materials that can be adhesively bonded to the dental substrate. While adhesion to enamel is more predictable, adhesion to dentine, has always been an issue.Immediate dentin sealing (IDS) has been suggested as a technique to improve adhesion, compared to delayed dentin sealing (DDS).
IDS consists of a thin layer of adhesive resin is applied immediately after tooth preparation and prior to impression taking, whereas in DDS, the adhesive resin layer is applied just before luting the restoration.
A study condacted by Van der Breemer et al. aimed to compare survival rate of lithium disilicate posterior partial restorations bonded using IDS after 3 years of function.

Results
The data collected by Van der Breemer et al. revealed that only one absolute failure occurred in the DDS group due to secondary caries. The overall survival rate according to Kaplan-Meier after 3 years was 98.3% (FDI criteria score 1–4, n = 59) and the overall success rate was 85% (FDI criteria score 1–3, n = 51), with no significant difference between restorations in the IDS and DDS group (p = 0.32; Kaplan-Meier, Log Rank (Mantel-Cox), CI = 95%). As concern quality of the survival, no statistically significant differences were found between IDS and DDS (p = 0.7; Kaplan-Meier, Log Rank (Mantel-Cox), CI = 95%) restorations on any follow-up timepoints for any of the FDI criteria (Wilcoxon, McNemar, p > 0.05).

Conclusions
Based on the obtained data, the authors concluded that adhesively luted partial ceramic restorations in vital molar teeth have a good prognosis, however IDS did not show statistically significant differences in success and survival rates after 3 years of function.

Immediate or delayed dentin sealing with or without flowable resin reinforcement

Immediate or delayed dentin sealing with or without flowable resin reinforcement 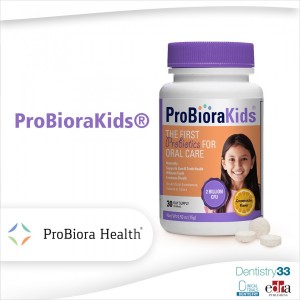 In order to combat unwanted and potentially harmful kinds of bacteria and to bolster proper oral health care, a line of probiotics aimed at children was launched by ProBioraKids. The line of lozenges...

Global call to end amalgam use for kids, pregnant women

Global call to end amalgam use for kids, pregnant women

In March, a number of countries agreed to stop the use of amalgam in dental treatment for pregnant women, breastfeeding women, and children. The move was agreed to by 130 countries during the March...

“It’s a good day when you save a smile,” said Jeffrey Dalin, D.D.S., the co-founder of the St. Louis Give Kids A Smile program and the recipient of the ADA’s 2022 Humanitarian Award....

Grupo Edra actively participate in IDSMore than 850 companies from 46 countries have maintained their decision to be present at the 39th edition of the IDS , which is currently taking place at the...

vVARDIS's products will be available online at bluemercury.com and in stores at 50 retail locations across the U.S.

E-cigarettes, similar devices associated with a higher risk for cavities

Research by faculty from Tufts University School of Dental Medicine found patients who said they used vaping devices were more likely to have a higher risk of...

Job opportunities are excellent for dental assistants and are expected to continue to grow, as research highlights the link between oral health and overall...

Cameo Dental Specialists was the first to join forces with US Endo to create Specialized Dental Partners.

President and CEO John Beaver and CFO Jennifer Bright will host one-on-one meetings with investors and analysts during the event.

Effectiveness of physiotherapy in myalgia of the masticatory muscles

Microbial flora in immediate and delayed implants: a comparative study